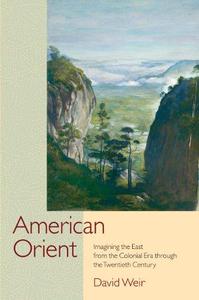 Surveying the American fascination with the Far East since the mid-eighteenth century, this book explains why the Orient had a fundamentally different meaning in the United States than in Europe or Great Britain. David Weir argues that unlike their European counterparts, Americans did not treat the East simply as a site of imperialist adventure; on the contrary, colonial subjugation was an experience that early Americans shared with the peoples of China and India. In eighteenth-century America, the East was, paradoxically, a means of reinforcing the enlightenment values of the West: Franklin, Jefferson, and other American writers found in Confucius a complement to their own political and philosophical beliefs. In the nineteenth century, with the shift from an agrarian to an industrial economy, the Hindu Orient emerged as a mystical alternative to American reality. During this period, Emerson, Thoreau, and other Transcendentalists viewed the "Oriental" not as an exotic other but as an image of what Americans could be, if stripped of all the commercialism and materialism that set them apart from their ideal. A similar sense of Oriental otherness informed the aesthetic discoveries of the early twentieth century, as Pound, Eliot, and other poets found in Chinese and Japanese literature an artistic purity and intensity absent from Western tradition. For all of these figures the Orient became a complex fantasy that allowed them to overcome something objectionable, either in themselves or in the culture of which they were a part, in order to attain some freer, more genuine form of philosophical, religious, or artistic expression.
More Ebooks ,Course Expensive Download Click Here --> https://dl4all.org || https://oneddl.org

Search More...
American Orient Imagining the East from the Colonial Era through the Twentieth Century

Comments
No comments for "American Orient Imagining the East from the Colonial Era through the Twentieth Century".
Add Your Comments
Please Login to comment