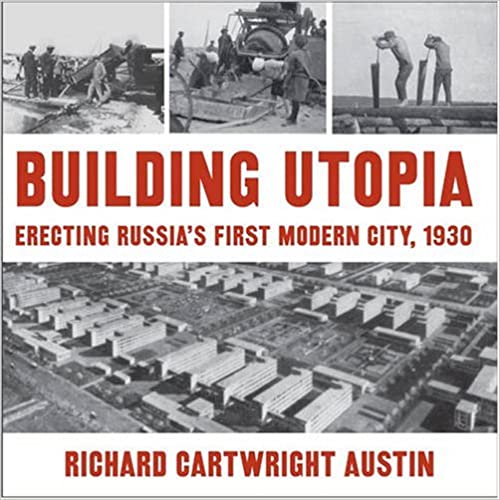 Perhaps the most challenging project under Stalin's first five-year plan was the race to build Europe's largest automobile factory and an adjacent city in just eighteen months. The site chosen was Nizhny Novgorod, later named Gorky, near the Volga River, 500 miles east of Moscow. To design and construct both factory and city, Soviet officials approached the premier industrial builder in America, the Austin Company of Cleveland, Ohio.
The Austin Company was an innovative designer and builder, as well as a capitalist enterprise, with unusually rigorous ethical standards. Soviet engineers and managers who worked with the Americans were inexperienced and driven by an ideology that often led to conflicts. The remote location, the unskilled labor force, the looming deadline, and the destabilizing impact of the worldwide depression combined to aggravate tensions.
Allan Austin, son of the president of the Austin Company, was the youngest of twenty American engineers supervising construction. He wrote many letters to his father and took photographs detailing the human struggles involved in this vast undertaking. Author Richard Cartwright Austin uses his father's letters, Russian and American documents, and extensive photographic resources to tell how this cooperation between capitalist and communist, American and Russian, was achieved. From near-breakdown during the initial months, through a Russian winter that called for bravery and ingenuity, to a frantic race toward completion in the final months, Building Utopia reveals the common humanity of both communists and capitalists and the contrasts between Russian and American cultures.
Historians as well as scholars interested in early U.S.-Soviet cooperation or in the history of technology will be attracted to this compelling story.
DOWNLOAD
(Buy premium account for maximum speed and resuming ability)