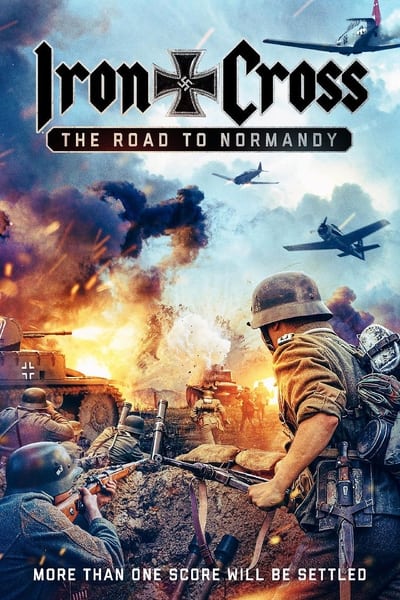 WW2 an Epic Action drama Captain Klaus Muller (Tino Struckmann) struggle to survive on the Eastern front, fighting back to back with his friends and his brother Anton (Olivier Grunor). Surrounded by overwhelming Russian forces. He is wounded and sent to France, Normandy in 1944 just before the Allied invasion, here he is united with his old friends finding them in new troubles, leaving Klaus facing the worst of war and a suspicious Gestapo agent (Damian Chapa), with a personal interest in getting rid of him. At the same time American paratroopers Lee and Trey and their unit are preparing their invasion jumps and landings on D-Day. As our American make their way towards the beach, Klaus is frustrated preparing the Atlantic Wall defenses at the same time as he is trying to save his friends. As D-day unfolds more then one score is settled and a running battle now brings our American soldiers and our German Captain on the same path, As German forces are making a fighting retreat, Lee, Trey and their Major (Elvin Manges) are advancing, only to become engulfed in battle after battle until they finds themselves under the guns of a desperately fighting German Captain and a few German Assault guns.

Comments
No comments for "Iron Cross The Road to Normandy 2022 1080p WEBRip x265-RARBG".
Add Your Comments
Please Login to comment