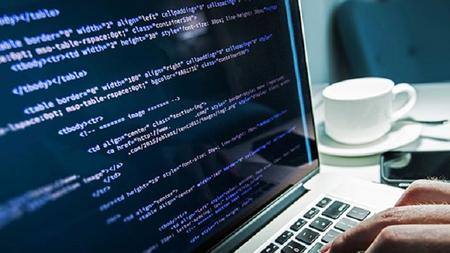 
Learn How Linux was invented, What is difference between Windows & Linux, Different Linux Commands

Over this course, we're going to be exploring and learning the fundamentals of this hugely popular, powerful, open-source technology.

In the consumer market, smartphones running Android and laptops running Chrome OS (Both based on Linux) have proven to be a massive global success, with Android claiming a whopping 88% market share of mobile devices as of Q2 2018 and Chrome OS gaining in popularity; both with no sign of slowing down any time soon.

Although slowly gaining traction, we're yet to see the major adoption of Linux on the consumer desktop, however it's a different story when it comes to webservers, with Linux having a huge market share of the server market and propping up some of the worlds most powerful businesses, services and technologies.

It's free and open source

Unlike Windows and MacOS, anyone can learn and get started with Linux for free and read the source code to understand what's going on under the hood.

The open-source nature of Linux has lead to a vast amount of information and resources available to anyone who wants to learn! Did I mention that it's free too?

Open source and free software tend to be driven by communities of passionate and highly skilled individuals and Linux is probably the most popular of them all!

You'll rarely be short of an explanation or answer and you'll find thriving communities all across the web and in the flesh, ready and willing to share information and help you solve your problem or teach you something new.

From web development & infosec to connected devices & dev ops, knowledge of Linux plays an important role in helping you land a job with a business that uses Linux in their technology stack (and looking at the numbers, it's a majority!)

Many companies are looking for individuals with at least a basic knowledge & understanding of Linux due to it playing such a crucial role in their products, services, infrastructure or a combination of all.

One of the major benefits of Linux is that it's so well integrated with not only the most stable and reliable technologies, but the latest and greatest too, such as Docker & Kubernetes.

Again, the open-source nature, popularity and dependency on Linux means it has the eyes of thousands of talented developers and engineers working with it on a daily basis from every market, industry and corner of the globe!

This leads to an incredibly stable and secure platform as bugs tend to be spotted and fixed almost immidiately with security updates and vulnerabilities getting patched before they even become a problem.

Whilst we're not saying Linux is invulnerable and virus-free, it does a considerably better job than its competitors.

Linux has been around for a long time and is widely accepted as one of the most secure and trusted platforms, a true testament to the developers, engineers and contributors to the project.

From simple, single-file scripts to globally scalable applications, Linux is the ideal platform for software development and is widely used by developers from every segment of the market, from web applications & API's to machine learning, data science & the internet of things.

This is mostly due to a combination of everything we're talking about in this article, along with most distributions of Linux shipping with the GNU toolchain; a powerful collection of free programming tools that help developers build reliable, sharable and repeatable software.

Want to work with containers? Linux is tightly integrated with containerization technologies such as Docker & Kubernetes, along with version control systems such as GIT (Created by Linus Torvalds, the creator of Linux!)

If you're a developer or considering learning software development, Linux is your friend.

Working with Linux gets you much closer to the lower levels of the system and bare metal of the machine, leading you to places you probably wouldn't venture on a Windows or Mac.

There will be times when you'll be pushed out of your comfort zone and have to do things that you've never done before, which is what makes Linux such a great platform for learning!

When the going gets tough and you're in a pinch, you can always rely on the amazing community for help, support, and solutions, with popular websites, forums, and videos such as StackOverflow and YouTube offering thousands of questions, answers, and tutorials covering a wide range of Linux related content from high-level concepts to ultra-specific problems, errors, and bugs.

Chances are if you've got a question about Linux, someone's already got an answer!

Unlike some (most) operating systems, most distributions of Linux aren't interested in collecting your personal data and sending it back to headquarters for further "analysis".

Even though most Linux-based operating systems aren't snooping on your personal data, you still need to be vigilant and perform regular system updates and take general security & privacy measures on your machine such as only installing software from trusted sources.

Take back control of your information, media, and personal data by running your own Linux server, using open-source software such as Nextcloud (a replacement for Dropbox), Mail-In-A-Box (Self-hosted email) or any of the other self-hosted tools designed to replace many of the popular services offered by the big companies, where your privacy is not always a first-class citizen.

For the privacy-oriented individuals who aren't satisfied with many of the popular Linux distributions such as Ubuntu, Debian or Mint, you'll find special distributions designed around user privacy (See the FOSS link below)

If you're looking for an operating system that protects your privacy, Linux is your friend.

Various Topics we cover in our course are.

4. How to perform Linux Labs on Windows OS

Getting started with Linux is easy and there are so many options to suit your needs, requirements, and level of technical experience.

Learning Linux is not only incredibly useful, but it's also a whole lot of fun!

Learning how to automate tasks, manage servers, deploy applications and work with Linux is not only a great way to advance yourself as a human being, it's extremely satisfying and rewarding! There's nothing like writing a small script to automate a boring task or developing a slick application used by millions of users every day.

Who this course is for:
For every one
Homepage

Comments
No comments for "Learn Linux OS from Basics to advanced".
Add Your Comments
Please Login to comment