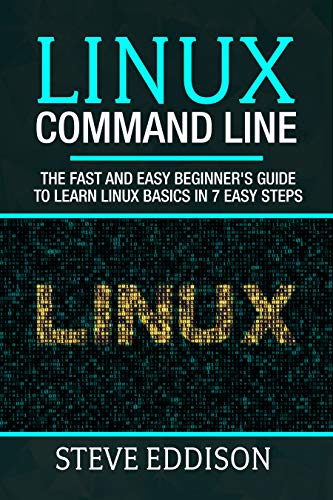 
If you want to learn how to use Linux, but don't know where to start then keep reading.

The truth is: Shifting to the Linux operating system is quite a daunting task, especially for long-time Windows users. They get accustomed to doing things in a certain way and cannot make changes easily.

Windows users face a lot of challenges when they start using Mac OS X for the first time. Thus, if there is a guide available in the market in the form of an eBook, it is always good to use it.

Linux is the best operating system for any kind of cloud-based project, it is always good to learn some amount of Linux and its basics. Almost every technology-based things run on Linux now. Some of the things that are dependent on Linux are:

● Most of the supercomputers in the world.

● CERN or the largest particle physics laboratory of the world.

● The high-speed rails of Japan.

There are many reasons why Linux is used instead of Windows:

● Linux is supported on older computers. There are no security updates for Windows whereas quite a good number of Linux distributions are created only for older hardware and can be updated regularly.

● Some of the desktop and Linux distribution environments are more used to the traditional uses of computer users besides Windows 8 and Windows 10.

● The download size for Windows 10 is huge. Usually, a Linux distribution is available at just over a gigabyte.

● Linux is available with free software and that can be changed anytime.

● Linux is always safer than Windows.

● Linux is also a better performer than Windows.

● Linux can be made to feel, look and behave exactly in the same way as the user wants. Windows is only compliant with the ways Microsoft wants it to be.

There are several other advantages of Linux over Windows, which every beginner should know and that is what the eBook helps with.

You will also learn:

● How to use Linux desktop

● Working with the Command Line

Even if you are a beginner and you've never used Linux, you will learn it quickly.

Scroll to the top of the page and select the buy now button.