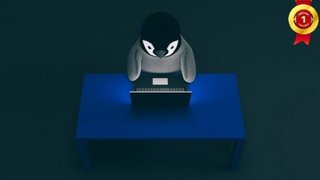 There are No Requirements necessary to enroll, I only ask you to come Open-minded and Ready to Learn.

A High Benefit Course to Learn the Linux Operating System Step by Step.

A Large Number of Linux Important Shell Commands is Included in this Course.

The Course Include Quizzes on All Sections.

The Course is Manually Captioned.

The Course is Compressed to Achieve the Course Goal in a Short Time.

Sorry for some inadvertent language mistakes since my mother tongue is Arabic, and for this reason, I have added captions for all the lectures in the course.

Beginning with the introduction of the Linux Operating System and mentioning its history.

What is an operating system?

The pieces that make up the operating system.

Definitions of the bootloader, the kernel definition, daemons, the shell, graphical server, desktop environment, and applications.

The main differences between Linux and Windows Operating Systems.

What is Linux distribution?

The most popular Linux distributions for desktops & servers.

How to choose the right distribution for you?

The meaning of the open-source.

Introducing the VirtualBox program and showing the step by step procedure of downloading and installing it.

Creating a new Virtual machine for the Ubuntu OS.

Steps for downloading and installing the Ubuntu 18.04 OS.

Having a full-resolution Ubuntu VM on your computer.

Logging in and Logging out.

Introducing the Shell or Terminal "the command line interface".

Steps for adding and removing applications from the Ubuntu OS Graphically and using the Command line.

Opening a list of your currently installed programs in terminal using the dpkg command.

Ways of launching a terminal on Ubuntu.

Describing the command prompt in the terminal.

How to get into the text mode 'virtual consoles' and how to switch back to the graphical mode.

The Important Basic Commands of the Linux OS.

Getting help in Linux.

About Files and the File System.

Overview of the Linux File System.

What is the partition?

The kinds of major partitions on a Linux system.

The important files and directories on the Linux operating system.

Orientation in the file system.

Adding a new directory to the PATH variable.

The sh or Bourne Shell.

The Bash or Bourne Again Shell.

The csh or C Shell.

The tcsh or Turbo C Shell.

The ksh or the Korn shell.

Navigating through the Linux File System.

The soft link or symbolic link.

What is a process?

The real group owner of a process (RGID).

The effective group owner of a process (EGID).

How to Create a Process.

How to End a Process.

The common signals in Linux.

The cron and crontab facilities.

The Input and Output Redirection.

Use of file descriptors.

The lp and lpr commands.

Sending E-mails from the Terminal.

What are virtual terminals?

Starting virtual terminals and navigating through them.

Creating a user using the terminal.

Creating a user using the GUI.

Adding a user to a usergroup.

Removing a user from a usergroup.

The File Security in Terms of Ownership and Permissions.

Levels of authorization in Linux.

The Bonus of the Course, Steps of installing 'Qt Creator' on Ubuntu OS.

###The Commands included in the course:

Anyone with a desire to learn Linux.

Anyone who needs to learn Linux for a personal or business project.

A newbie Linux user who wants to be professional in using Linux.

An existing Linux user who wants to increase his knowledge.

Anyone who wants to learn the basics of Linux system administration.

Windows or macOS users who want to switch to Linux.

Raisul Sohan: This is a super course. Now I will install Linux on my pc.

Ahmed: Amazing teacher, great enthusiasm, very clear explanations - My favourite course this year! Mr Mostafa is a very stimulating teacher who knows his subject very well. I appreciated his enthusiasm for the subject. The teacher was of excellent quality.