Mark McNeilly - Sun Tzu and the Art of Modern Warfare 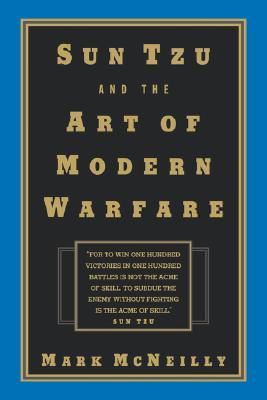 Long acknowledged as a classic text on strategy, Sun Tzu's The Art of War has been admired by leaders as diverse as Mao Zedong and General Norman Schwartzkopf. However, written two thousand years ago, the book can be somewhat daunting to the modern reader.

Now Mark McNeilly, author of Sun Tzu and the Art of Business, which made Sun Tzu accessible to the business executive, has extracted the six concepts most applicable to modern warfare, making them easy to understand and apply to military situations. Drawing on a wealth of fascinating historical examples, McNeilly shows how these six principles might be used in wars of the future-both conventional wars and terrorist conflicts-and how they can provide insight into current affairs, such as the war on terrorism and China's increasingly important strategic and military role in the world. In the wake of the terrorist attacks of September 11th, McNeilly has written a new chapter for this paperback edition, which addresses how Sun Tzu's ideas can be applied to the war on terrorism. He also describes how to win the information war, how to lead by example, and how to use alliances to defeat the opponent.
Including the full text of The Art of War in the popular translation by Samuel Griffith, with cross-references to quotations used in the book, Sun Tzu and the Art of Modern Warfare unlocks these elusive secrets for anyone interested in strategy and warfare, whether they are professional soldiers, military history buffs, or business executives.

Comments
No comments for "Mark McNeilly - Sun Tzu and the Art of Modern Warfare".
Add Your Comments
Please Login to comment