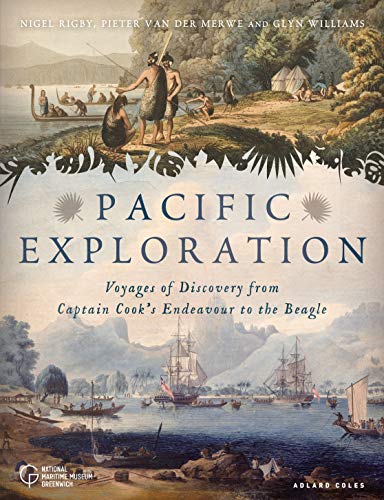 Captain Cook is generally acknowledged as the first great European scientific explorer. Despite his ordinary roots, he rose through the ranks to become a remarkable officer. On May 27, 1768, Cook, then just a Royal Naval lieutenant, took command of HM bark Endeavour. Its voyage of exploration to the Pacific would last almost three years, record thousands of miles of uncharted lands and seas-including New Zealand, the east coast of Australia and many Pacific islands-and test all Cook's skills as a navigator, seaman and leader. Cook's three voyages were among the first to take civilian scientists, notably Sir Joseph Banks, and they would reveal to European eyes the lands, peoples, flora and fauna of the Pacific as never before, heralding a period of great change for the region. His voyages would also set new standards for scientific enquiry and exploration.

But while the figure of Cook understandably dominates the story of 18th-century Pacific exploration, his fame has often shadowed those who followed him on many voyages of science and exploration into the Pacific, depriving these explorers of the greater attention they deserve. Correcting this imbalance, Pacific Encounters reveals the European voyages that continued Cook's work not only of charting but also starting to exploit and control the Pacific. These voyages, by William Bligh, George Vancouver, Matthew Flinders, Malaspina, Lapérouse and Arthur Phillip, span a period that saw Britain becoming the world's leading maritime power, a situation well in place by the time that Charles Darwin's voyage in Fitzroy's Beagle laid the basis of even greater understanding of the development of life on earth.

Recounting and illustrating these achievements and legacies using fascinating text and beautiful illustrations and artworks from the period, this book explores topics of scientific discovery, engagement with indigenous peoples, the use of shipboard artists and scientists, the growing professionalism of the hydrographic service, the vessels used and the colonial, commercial and imperial contexts of the voyages.

Comments
No comments for "Pacific Exploration Voyages of Discovery from Captain Cook's Endeavour to the Beagle (EPUB)".
Add Your Comments
Please Login to comment