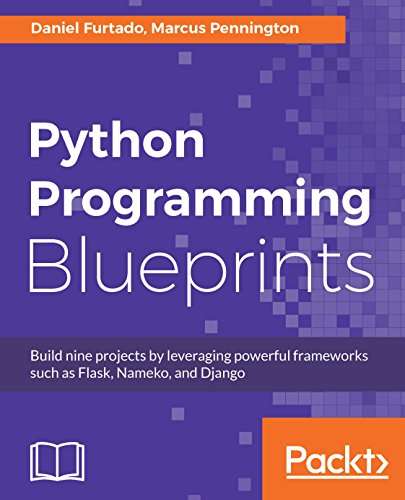 Deliver scalable and high-performing applications in Python.
Delve into the great ecosystem of Python frameworks and libraries through projects that you will build with this book.
This comprehensive guide will help you demonstrate the power of Python by building practical projects.

In this book, we will cover some of the most common tasks that Python developers face on a daily basis, including performance optimization and making web applications more secure. We will familiarize ourselves with the associated software stack and master asynchronous features in Python. We will build a weather application using command-line parsing. We will then move on to create a Spotify remote control where we'll use OAuth and the Spotify Web API. The next project will cover reactive extensions by teaching you how to cast votes on Twitter the Python way. We will also focus on web development by using the famous Django framework to create an online game store. We will then create a web-based messenger using the new Nameko microservice framework. We will cover topics like authenticating users and, storing messages in Redis.

By the end of the book, you will have gained hands-on experience in coding with Python.

What you will learn

Who This Book Is For

This book is for software developers who are familiar with Python and want to gain hands-on experience with web and software development projects. A basic knowledge of Python programming is required.