Revolution and Disenchantment: Arab Marxism and the Binds of Emancipation (Theory in Forms) 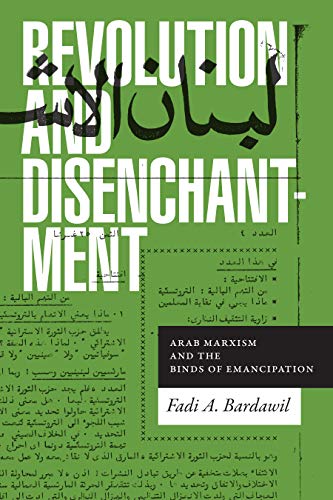 The Arab Revolutions that began in 2011 reignited interest in the question of theory and practice, imbuing it with a burning political urgency. In Revolution and Disenchantment Fadi A. Bardawil redescribes for our present how an earlier generation of revolutionaries, the 1960s Arab New Left, addressed this question. Bardawil excavates the long-lost archive of the Marxist organization Socialist Lebanon and its main theorist, Waddah Charara, who articulated answers in their political practice to fundamental issues confronting revolutionaries worldwide: intellectuals as vectors of revolutionary theory; political organizations as mediators of theory and praxis; and nonemancipatory attachments as impediments to revolutionary practice. Drawing on historical and ethnographic methods and moving beyond familiar reception narratives of Marxist thought in the postcolony, Bardawil engages in "fieldwork in theory" that analyzes how theory seduces intellectuals, cultivates sensibilities, and authorizes political practice. Throughout, Bardawil underscores the resonances and tensions between Arab intellectual traditions and Western critical theory and postcolonial theory, deftly placing intellectuals from those traditions into a much-needed conversation.

Search More...
Revolution and Disenchantment: Arab Marxism and the Binds of Emancipation (Theory in Forms)

Download links for "Revolution and Disenchantment: Arab Marxism and the Binds of Emancipation (Theory in Forms)":

Comments
No comments for "Revolution and Disenchantment: Arab Marxism and the Binds of Emancipation (Theory in Forms)".
Add Your Comments
Please Login to comment