River Planet Rivers from Deep Time to the Modern Crisis 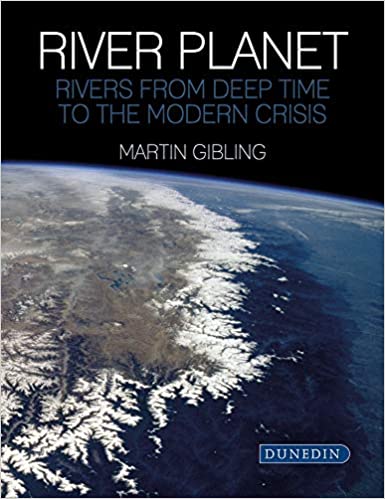 English | 2021 | ISBN: 1780460996 | 241 pages | True PDF | 114.17 MB
River Planetintroduces readers to the epic geological history of the world's rivers, from the first drop of rain on the Earth to the modern environmental crisis.
The river journey begins with the first evidence of flowing water four billion years ago and continues with enormous rivers on the first supercontinents, after which terrestrial vegetation engineered new river forms in the Devonian period. The dramatic breakup of Pangea some 200 million years ago led to our familiar modern rivers as continents drifted and collided, mountains rose, and plains tilted. Among many remarkable cases, the book explores the rapid carving of the Grand Canyon, the reversal of the Amazon, and the lost rivers of Antarctica. There are gigantic meltwater floods from the Ice Age, which may be linked to accounts of the Deluge, and river systems drowned by rising sea level as the ice melted. Early human civilizations sought to control rivers through agriculture and irrigation, leading in the nineteenth century to hydraulic mining, the rise of big dams, and the burial of rivers below cities such as London. Rivers are now endangered worldwide, and the book celebrates people who preserve rivers around the world, bringing hope to river ecosystems and communities.

River Planetis designed to be accessible for a general audience ranging from advanced high-school students to mature readers. The book will also interest professional scientists and students of geology, geography, and environmental science.
Visit My Profile News Here : https://www.ebookee.com/user/book24h

Comments
No comments for "River Planet Rivers from Deep Time to the Modern Crisis".
Add Your Comments
Please Login to comment