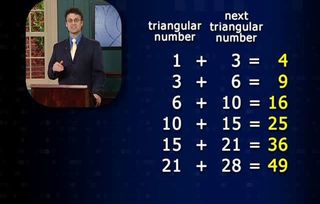 In an ancient kingdom, a king asked his servant what he most desired. Sire, said the mathematician, Just place one grain of rice on a single square of a chessboard. Then fill each square by doubling the number of grains of rice for every other square. I would be content with the total sum of rice. Little did the king know, he now owed his mathematician a grand total of 18,446,744,073,709,551,615 grains of riceor more than 671 billion tons!

Its all due to a simple but powerful calculation, the sum of geometric progressionjust one of the fascinating concepts youll encounter in An Introduction to Number Theory. Taught by veteran Teaching Company instructor Edward B. Burger, this 24lecture course offers an exciting adventure into the world of numbers.

An Introduction to Number Theory is a great introduction to the field for anyone who loves numbers, is fascinated by math, and wants to go further into the relationships among these mysterious objects.

What Is Number Theory
Called the queen of mathematics by the legendary mathematician Carl Friedrich Gauss, number theory is one of the oldest and largest branches of pure mathematics. Practitioners of number theory delve deep into the structure and nature of numbers, and explore the remarkable, often beautiful relationships among them.

In this course, you ll cover all the fundamentals of this exciting discipline and explore the many different types of numbers:
Natural numbers
Prime numbers
Integers
Negative and irrational numbers
Algebraic numbers
Imaginary numbers
Transcendental numbers

But in An Introduction to Number Theory, youll also develop a deeper understanding of their nature and the relationships among them, and gain insights into the many branches of number theory, including
Elementary number theory, an exploration of the fundamental patterns involving the natural numbers
Analytic number theory which uses the techniques of calculus to establish its results and focuses on the prime numbers and their patterns
Algebraic number theory, which relies on arithmetic the operations of addition, subtraction, multiplication, division to find solutions to equations
Algebraic geometry, a combination of algebra and geometry which reveals the important connection between solutions to certain equations and points on certain curves.

An Intriguing Landscape of Calculation
Using brainteasing problems and fascinating anecdotes, Professor Burger offers deep insights into the complex and beautiful patterns that structure the world of numbers. For example, youll encounter:

The sieve of Eratosthenes: A simple but brilliant method for sifting out all the prime numbers within any sequence of natural numbers
The golden ratio: A mysterious and powerful number that recurs throughout the natural and scientific worlds, and is believed by some to hold the key to aesthetic beauty
The method of modular arithmetic: An alternative way of counting that focuses on remainders rather than quotients to open up new possibilities for the manipulation of numbers
The relationship between algebra and geometry: Exactly how does an algebraic formula correspond to a line or curve? What can we understand about these two mathematical entities

Number Theory in Everyday Life
Youll quickly see that number theorythough complex and intellectually challenging is no ivory tower endeavor. Throughout the course, Professor Burger answers intriguing questions about how the work of number theorists touches our daily lives:

How do modern computers talk to each other through vast remote networks
What technologies lay behind crucial security procedures, such as the encryption used when you pay with a credit card on an ecommerce website?
How do the puzzling numbers found on everyday consumer productsthe UPC labels, or bar codesallow you to move quickly and easily through the check-out stand at the local market
Why does the chromatic musical scale include 12 notes?
What is the meaning of the mysterious bank routing numbers on checks? How do they provide a way to identify specific bank accounts

Mathematical Proofs: The Agony and the Ecstasy
You ll also experience the exhilarating but often heartbreaking process of mathematical proof. In creating a proof, a mathematician is at once akin to the lawyer and the artist, constructing logical structures that deduce newly discovered truths from previously accepted premises.

While some mathematical problems readily yield proofs, others prove to be more intractable. In this course, youll hear about the trials, tribulations, and triumphs of great minds as they attempted to solve some of the most vexing open questions that have tickled the curiosity of mathematicians for centuries.

Consider, for example, the quest of Andrew Wiles. Since childhood, he dedicated himself to finding a proof to one of the most notorious open questions in mathematics, Fermats last theorem. Professor Burger follows Wiles s frustrating disappointments and miraculous breakthrough in proving this elusive theorem. Its a story that demonstrates the discipline, mental acuity, and remarkable creativity required to establish new areas of knowledge.

And youll learn about some of the open questions that remain, including the Collatz conjecture, a tricky puzzle for which the great 20thcentury Hungarian mathematician Paul Erds offered to pay $500 to anyone who could provide a solution.

Are You Ready for a Challenge
These are the kinds of mathematical puzzles that make An Introduction to Number Theory a treat for anyone who loves numbers. While the course requires confidence with basic math concepts, Professor Burger provides clear and effective guidance for students at all levels.

With each tantalizing problem, Professor Burger begins with an overview of the highlevel concepts. Next, he provides a stepbystep explanation of the formulas and calculations that lay at the heart of each conundrum. Through clear explanations, entertaining anecdotes, and enlightening demonstrations, Professor Burger makes this intriguing field of study accessible for anyone who appreciates the fascinating nature of numbers.

And while the course is demanding, youll soon find that An Introduction to Number Theory offers rewards that are equal to its tests. Through the study of number theory, youll experience an enlightened perspective on the world around us. As Professor Burger says of number theory:Great secrets and structures lie close by, to be uncovered only if we open our imagination to all possibilities.

* Please say Thank You if you liked my post !
** Search my posts to find more Stuff !
***Use Jdownloader to Download no need wait at 120 site!
**** For high speed and parallel downloads, you can buy premium account !