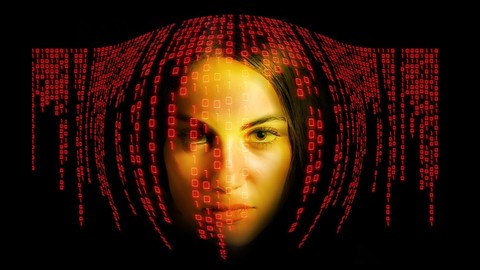 Updated as of November 2018, with 5 brand new lectures and 6 PDF guides.
The Benefits You Will Gain From This Course Are Endless!

Our goal for you in this course is: For you to become a beginner Ninja in one of the hottest new languages called "Google Go" and also known as Golang.

Google go is taking the development world by storm, because of it's system level access and it's design which gives programmers the ability to create multi-core programs. This is the first development language really developed for the type of mutli-core cpu computers that have been in the market for the last ten years. Created by three genius developers are google - to solve deficiencies google was experiencing with conventional computer languages.

This course is especially structured to solve a number of problems that introductions to programming languages suffer form. In specific it solves the:

What to teach first problem: - Solved!

Often, ideas are so dependent on one another that it can be difficult to explain concepts that depend on one another. We solve that problem, by giving high level overviews that give the big picture. We also break things down into basic lectures on how something works - and will revisit them later to expand on the concepts. In this way, we have a unique course that is approachable.

This course is accessible to those begging programming, but quick packed enough for those whom want to learn Go and "Get on with it"

In short - there's no faster and more effective way to make an outstanding foundation in Google Go (Golang) than this course!

The I have only 10 minutes problem: - Solved!

Our course is designed with accessible lectures, that are on average of 7 minutes (or under) in length. Each lecture builds on itself, so you can consume a lecture - and keep on going with your life.. and come back to Google Go whenever you need to.

An Introduction to Golang:

•What is Google Go (Golang). Why does it exist?


•What makes Google Go (Golang) an amazing language to learn.


•Whom this course is for, and how to get the most out of it.


How to get started with Golang:

•How to create your first google go program in 30 seconds (or less!) [Yes, really!]


•A resource kit (Emergency Go Parachute) of 5 resources, that will aid you on your journey so you can get unstuck if you experience trouble - and more importantly, how to never get stuck on learning Google Go in the first place. [Downloadable resource included!]


•How to install GIT and Go Google Go on your workstation.


•How to create and compile your first Google Go program.


•How to use a the Intellij Idea IDE (Integrated Development Environment) - to edit, compile and run your Google Go programs. This tool makes it much easier, and faster to write beautiful Google Go (Golang) code.

•Learn the basics of programming and what really happens - unlocking the mystery behind the scenes in an accessible way that even existing programmers should watch. The four part lecture series on programming will turn you from a "zero" to a "hero" when it comes to actually understanding how programming works, what high level languages bring to the table and what you can accomplish using Google Go (Golang)


•How to write control structures, including basic if statements, advanced if statements and switches. Our switch e x a mple especially will show a real world e x a mple of how to use the fall through keyword which can be a tricky concept for beginners and experienced programmers alike. Switch in Golang is not the same as in other languages!


•How to write basic functions, and use them in real world e x a mples. Learn how Google Go (Golang) passes data into and out of functions. Here, the lectures from Fundamental Golang really pay of in explaining the tricky concept of "by value" vs. "by reference" that often boggle experienced programmers.


•Understand Scope. Learn all the rules of what variables are accessible where, and how Scope works in Google Go (Golang).

•Arrays and Slices in a four part lecture series! You'll learn basic arrays and use them in a simple e x a mple. Then we'll show why Slices are "awesome" above arrays, and how to effectively use slices. Once you know and use slices, you'll almost never use arrays in Google Go (Golang) ever again. But. because slices are based on arrays - it's super important to understand how they work!


•How to use simple statements, and how they are often used in writing robust code for error handling.


•How to write for range loops in Google go (Golang) to write very fast and efficient code that deals with slices.


•How to write and use Variadic functions, which sound complicated - but with our amazing Ninja foundation, we make short work of the concept and fully implement a Variadic function in under seven minutes.


•And finally, we complete our tour of Google Go (Golang) with next steps to move from being a Ninja Beginner to becoming a full Ninja master in Google Go. [Downloadable resource included!]

Comments
No comments for "The Complete Google Go Programming Course For Beginners [Update]".
Add Your Comments
Please Login to comment