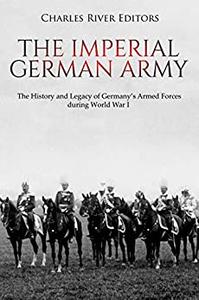 *Includes soldiers' accounts
*Includes online resources and a bibliography for further reading
World War I, also known in its time as the "Great War" or the "War to End all Wars", was an unprecedented holocaust in terms of its sheer scale. Fought by men who hailed from all corners of the globe, it saw millions of soldiers do battle in brutal assaults of attrition which dragged on for months with little to no respite. Tens of millions of artillery shells and untold hundreds of millions of rifle and machine gun bullets were fired in a conflict that demonstrated man's capacity to kill each other on a heretofore unprecedented scale, and as always, such a war brought about technological innovation at a rate that made the boom of the Industrial Revolution seem stagnant.
Naturally, as one of the main belligerents of the war, and arguably the most powerful, Germany led the way in many respects. Between innovation, the scale of manpower, and cutting edge tactics and technology, the Imperial German Army would inflict devastating losses on the enemy, but the war would also prove to be its undoing, even as the seeds of that conflict would lead to far worse a generation later.
The Imperial German Army had developed a formidable reputation decades earlier, almost immediately upon the unification of the German Empire under Kaiser Wilhelm I and Chancellor Otto von Bismarck in 1871. Prussia dominated the new Germany, and with that came a strong military tradition and hierarchy. Not surprisingly, German leaders who had such power at their disposal were more than willing to use it, and when Kaiser Wilhelm II was crowned, a monarch with a thirst for foreign adventurism took control of Germany. In the decades before 1914, German politics became increasingly authoritarian and its society militarized. In conjunction with that, as the German Empire wanted to become a Great Power, it induced distrust amongst its rivals.
Berlin was arguably the most enthusiastic European capital for a war in 1914, and German leaders enacted the long prepared "Schlieffen Plan" almost immediately. Although the German army advanced rapidly in the early weeks of the First World War, it would meet unexpected resistance from the British and French. Bogged down in the trenches of Flanders, the Germans had more success on the Eastern Front against the Russians, and eventually, after the Tsarist regime was overthrown, they emerged victorious there. By early 1918 though, German society was exhausted by war and starving due to a naval embargo. After a last-ditch offensive in early 1918, the British and French forces, now supported by the Americans, finally achieved some success against the weakening German army. November 1918 brought an armistice, and the punitive victor's justice of the Treaty of Versailles left many former German soldiers angry and resentful moving forward. The legacy of the German army's indecisive defeat would resonate for many when these grievances were stoked by Adolf Hitler and the Nazis less than a generation later.
The Imperial German Army: The History and Legacy of Germany's Armed Forces during World War I chronicles the German military in the years after the German Empire's formation and World War I. Along with pictures of important people, places, and events, you will learn about Germany's army in World War I like never before.

Search More...
The Imperial German Army The History and Legacy of Germany's Armed Forces during World War I

Comments
No comments for "The Imperial German Army The History and Legacy of Germany's Armed Forces during World War I".
Add Your Comments
Please Login to comment