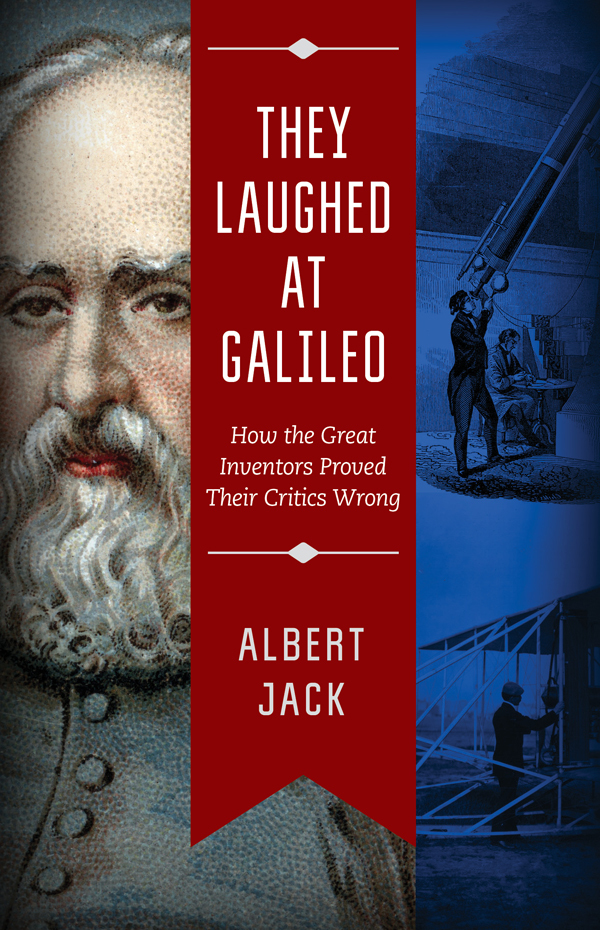 A humorous account of great inventors and their critics who predicted failure.

They Laughed at Galileo takes a humorous and reflective look at one thousand years of the development of humankind: those who dreamt, those who taught, those who opposed, and those who, ultimately, did.

At some point in modern history, each and every one of our inventions and discoveries was first envisioned and then developed by a single person, or a handful of people, who dreamt of the seemingly impossible. For them, the future was clear and obvious, but for the vast majority, including the acknowledged experts of their days, such belief was sheer folly.

For just about everything that has improved our modern lifestyles in a way that our ancestors could not possibly imagine, there was once a lone dreamer proclaiming, "It can be done." That dreamer was nearly always opposed by a team of "enlightened" contemporaries publicly declaring, "It cannot be done." Well, yes it could.

Marconi's wireless radio transmissions were initially deemed pointless. Edward L. Drake's eventual success on August 27, 1859, was called the day "the crazy man first struck oil." Louis Pasteur's theory of germs was considered a "ridiculous fiction." Each of these inventions has had a profound effect on the course of human history, and each one was rejected, resisted, and ridiculed in its day. Ultimately, the innovators who brought these into existence provided invaluable contributions to science and the culture of humankind.

Search More...
They Laughed at Galileo - How the Great Inventors Proved Their Critics Wrong

Comments
No comments for "They Laughed at Galileo - How the Great Inventors Proved Their Critics Wrong".
Add Your Comments
Please Login to comment