Author: A Hocking, Am 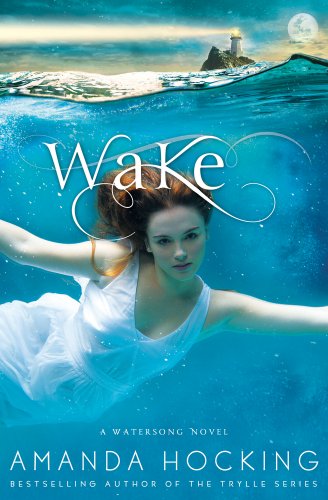 Fall under the spell of Wakeâ€”the first book in an achingly beautiful new series by celebrated author Amanda Hockingâ€”and lose yourself to the Watersong.

Gorgeous. Fearless. Dangerous. They're the kind of girls you envy; the kind of girls you want to hate. Strangers in town for the summer, Penn, Lexi and Thea have caught everyone's attentionâ€”but itâ€™s Gemma whoâ€™s attracted theirs.Â  Sheâ€™s the one theyâ€™ve chosen to be part of their group.

Gemma seems to have it allâ€”sheâ€™s carefree, pretty, and falling in love with Alex, the boy next door.Â  Heâ€™s always been just a friend, but this summer theyâ€™ve taken their relationship to the next level, and now thereâ€™s no going back.Â  Then one night, Gemmaâ€™s ordinary life changes forever.Â  Sheâ€™s taking a late night swim under the stars when she finds Penn, Lexi and Thea partying on the cove.Â  They invite her to join them, and the next morning she wakes up on the beach feeling groggy and sick, knowing something is different.

Suddenly Gemma is stronger, faster, and more beautiful than ever. But her new powers come with a terrifying price.Â  And as she uncovers the truth, sheâ€™s is forced to choose between staying with those she lovesâ€”or entering a new world brimming with dark hungers and unimaginable secrets.