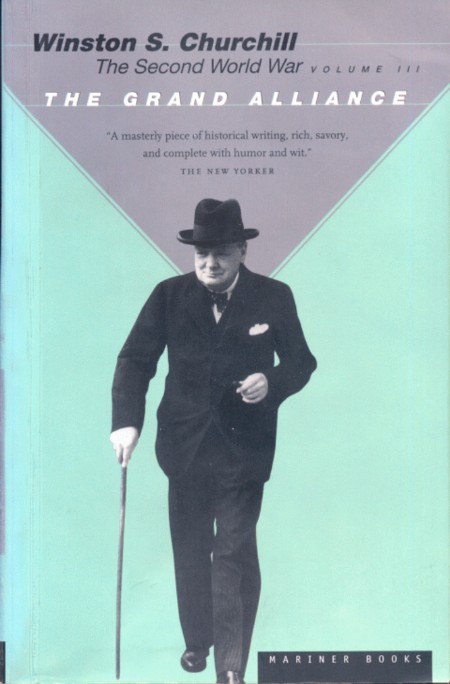 The Allies take the fight to the enemy in this vivid historical account by the British prime minister and recipient of the Nobel Prize in Literature.

In this fifth volume of his magnificent history of World War II, Winston Churchill recounts the story of the Allied forces going on the offensive. Mussolini falls, Hitler is besieged on three sides, and the Japanese find it near impossible to maintain a grip on the territories they had recently overtaken. Stalin, Churchill, and Roosevelt work toward keeping their uneasy partnership moving in concert, and much of this volume is dedicated to describing the intricate negotiations that went on to sustain this partnership toward one single goal.

This six-volume account of the struggle between the Allied Powers in Europe against Germany and the Axis during World War II, told from the unique viewpoint of a British prime minister, it is also the story of one nation's heroic role in the fight against tyranny, enriched with fascinating primary sources. We are presented with not only Churchill's retrospective analysis of the war, but also memos, letters, orders, speeches, and telegrams, day-by-day accounts of reactions as the drama intensifies. Throughout these volumes, we listen as strategies and counterstrategies unfold in response to Hitler's conquest of Europe, planned invasion of England, and assault on Russia, in a mesmerizing account of the crucial decisions made as the fate of the world hangs in the balance.